The 74-year-old female patient had a previous PCI with stents placed in her left anterior descending (LAD) artery and had a known history of CAD. Prior angiograms had demonstrated severe calcification of the coronary arteries. The patient was followed in the outpatient setting and developed worsening angina on exertion to the point of Canadian class III angina.

Right femoral artery access was achieved with a 6 Fr sheath and a 6 Fr guide catheter was inserted to perform a coronary artery (LCA) angiogram. Intravascular ultrasound (IVUS) identified eccentric calcific plaquing, but no intimal disruption or dissection was identified. An angiography of the right coronary artery (RCA) revealed 99% stenosis of the proximal segment and faint Thrombolysis in myocardial infarction (TIMI) -1 flow distally.

An RCA 6 Fr guide catheter was inserted, and a 0.014 in x 300 cm wire was able to be passed into the vessel but could not be positioned distally. The location of the wire in the midportion of RCA allowed for a catheter to be placed in the proximal RCA. After inserting a Sapphire® II Pro 1.0 mm x 15 mm balloon into the RCA proximal artery and inflating to 10 atms twice for 15 seconds, a catheter was placed distally. A ViperWire Advance® Coronary Guide Wire was then exchanged and orbital atherectomy was performed on the RCA proximal using a Diamondback 360 Coronary OAS on low speed for three runs.

The device was repositioned using GlideAssist® to treat the ostial/proximal portion of the RCA in a retrograde manner for a total of three runs. The device and ViperWire were removed. An 2.5 mm x 20 mm balloon was predilated in the ostial portion of the right posterior descending artery (RPDA) first to 8 atms for 10 seconds and then repositioned into the mid-RCA and deployed fully to 10 to 15 atms for two more inflations of 20 seconds. The same balloon was used to treat the ostial/proximal portion of the RCA. The balloon was removed, and after multiple attempts a drug-eluting stent was eventually deployed in the RCA distal artery and inflated to 13 atms for two inflations of 15 seconds.

To treat the midportion of the RCA, a drug-eluting stent was deployed and inflated to 11 to 13 atms for 10 to 20 seconds. The stent balloon was advanced somewhat distally to capture areas of stent overlap in the distal right coronary artery from the stent extending from the distal RCA into the RPDA. Finally, a stent was placed in the ostial/proximal RCA, and the stent catheter and guide wire were removed.

The final results included 0% residual  stenosis in all of the treated areas and TIMI-3 flow in the entire RCA. 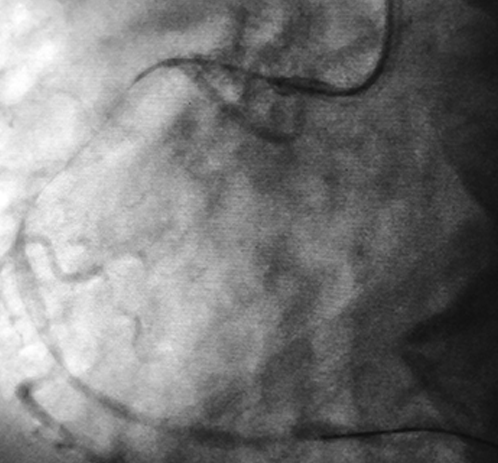 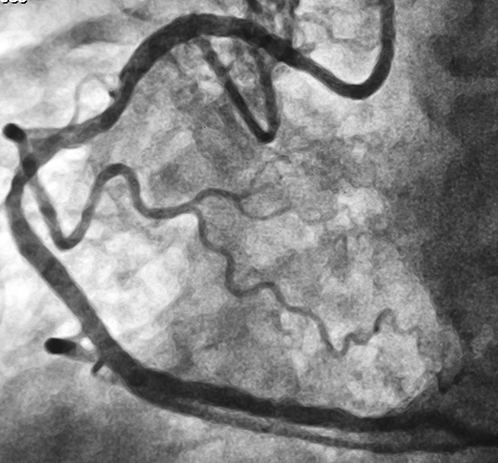 Indications Statement: The Diamondback 360® Coronary Orbital Atherectomy System (OAS) is a percutaneous orbital atherectomy system indicated to facilitate stent delivery in patients with coronary artery disease (CAD) who are acceptable candidates for PTCA or stenting due to de novo, severely calcified coronary artery lesions.
Contraindications: The OAS is contraindicated when the ViperWire Advance® Coronary Guide Wire cannot pass across the coronary lesion or the target lesion is within a bypass graft or stent. The OAS is contraindicated when the patient is not an appropriate candidate for bypass surgery, angioplasty, or atherectomy therapy, or has angiographic evidence of thrombus, or has only one open vessel, or has angiographic evidence of significant dissection at the treatment site and for women who are pregnant or children.
Warnings/Precautions: Performing treatment in excessively tortuous vessels or bifurcations may result in vessel damage; The OAS was only evaluated in severely calcified lesions, A temporary pacing lead may be necessary when treating lesions in the right coronary and circumflex arteries; On-site surgical back-up should be included as a clinical consideration; Use in patients with an ejection fraction (EF) of less than 25% has not been evaluated.
See the instructions for use before performing Diamondback 360 Coronary Orbital Atherectomy System procedures for detailed information regarding the procedure, indications, contraindications, warnings, precautions, and potential adverse events.
Caution: Federal law (USA) restricts this device to sale by or on the order of a physician.